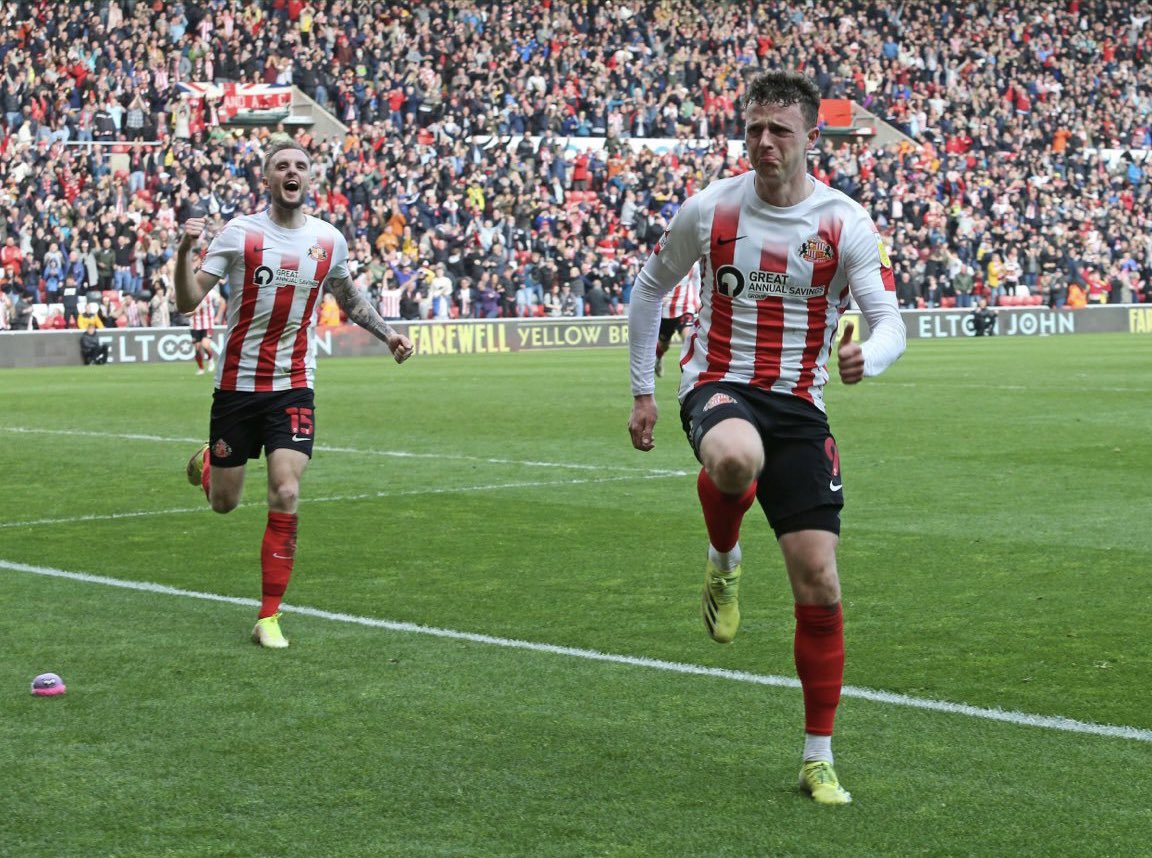 Sunderland director KristjaanSpeakman has confirmed that the Black Cats want to sign Everton loanee Broadhead on a permanent deals this summer. Also, the player has been discussed as a possible transfer target amongst the Wigan hierarchy though there are concerns over his fitness. The 24-year-old was limited to just two brief appearances during the League One playoffs last month.

Broadhead had a good scoring record at Sunderland during the just concluded season. He scored 13 goals in 27 games for the Black Cats. The striker averaged a goal in every 123 minutes during his time on loan at the Stadium of Light this term.

As things stand, Broadheaddoesn’t have a future at Everton and he will most likely be sold for a nominal fee with one year left on his contract with Sunderland and Wigan Athletic interested in him. It was a surprise when the striker signed a new deal when Italian manager Carlo Ancelotti was in charge of the first-team.