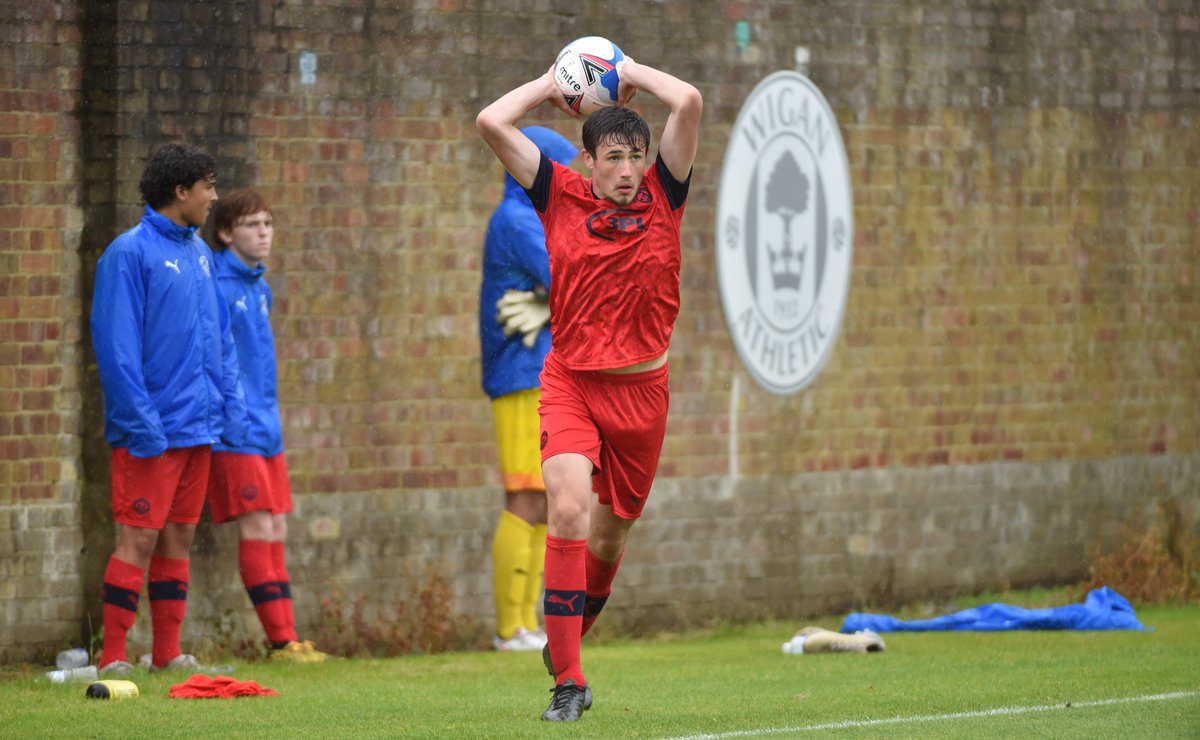 The Lyrics have been able to assemble a star-studded squad for a League One team and they are on course to seal promotion to the English Championship at the end of this season as predicted before the current season started in August. As things stand in League One football, Wigan Athletic are second on the league table and they have the same points (41) as Rotherham United in first place and Wycombe Wanderers in third place. The Latics have played one more game than league leaders Rotherham United and two more games than Wycombe Wanderers.
END_OF_DOCUMENT_TOKEN_TO_BE_REPLACED

Republic of Ireland international James McClean has been nominated for the PFA Vertu Fans’ Player of the Month for October 2021. The Irish winger was rewarded for his impressive outings in the colours of the Latics during the period under review.

McClean was one of the best players for Wigan Athletic in League One last month, bagging four goals in six games. His best performance of the month came in the game against Bolton Wanderers as he scored two times to lead Wigan Athletic to an emphatic 4-0 victory at the home of their opponents. The ex-West Brom man also found the back of the net in victories over AFC Wimbledon and Burton Albion. END_OF_DOCUMENT_TOKEN_TO_BE_REPLACED

Bolton Wanderers manager Ian Evatt is certain that WiganAtheltic would be facing the best team in League One when the two clubs meet at the weekend.


Ian Evatt has led Bolton Wanderers to eighth spot on the League One standings but he believes that his team should be higher than the current position on the log.The Bolton Wanderers was speaking ahead of the home game with Wigan Athletic later this week. He went on to say that it’s not about arrogance or overconfidence, but he’s of the opinion that Bolton Wanderers have been the best team based on performance. END_OF_DOCUMENT_TOKEN_TO_BE_REPLACED
Top

Manchester United youngster Anthony Elanga is a highly rated striker that has been tipped to reach big heights in his career after showing some glimpses of strong performances in the matches that he has been involved in for the Red Devils so far.

The young striker has shown some signs of a top striker even though he is still very young. His spectacular performances, coupled with the fact that he has had to impress his coaches every time he’s been on the training ground or on the pitch representing the club, has earned him some sort of status that implies that he is needed at the club and would, at some point, would have to be called upon by manager Olé Gunnar Solskjaer in some of their games this season. END_OF_DOCUMENT_TOKEN_TO_BE_REPLACED

PELLISTRI BEING TARGETED BY WIGAN FOR POTENTIAL LOAN MOVE

A lot of Manchester United youngsters are currently being monitored by several clubs for a possible loan move and Facundo Pellistri is surely one of them. The Uruguay international starlet has caught the attention of a host of clubs both in England and in Spain following his brilliant form in pre-season for the Red Devils.

Signed in the winter transfer window of last season, Pellistri has impressed both United and his possible suitors by showing signs of his immense talents and excellent football mentality. The youngster spent last season on loan immediately after he was signed by United and manager Olé Gunnar Solksjær believes he has a long-term figure at the club.
END_OF_DOCUMENT_TOKEN_TO_BE_REPLACED

Wigan Athletic have announced that they are delighted to make it known that several of their stars have signed professional contracts at the club, according to their statement on their official website. The club recently published an official statement on their website in a bid to make it known to the general public and their fans so they will be carried along about the affairs going on within the squad.

Barnsley have struck an agreement with striker Devante Cole over a free transfer move to the club. Former Wigan Athletic player Cole will leave Scottish Premiership outfit Motherwellthis summer at the end of his contract to join Barnsley in the English Championship.

The news of his free transfer move to Barnsley has been confirmed by Motherwell. Ex-Wigan Athletic striker Cole opted not to renew his contract at Fir Park.
END_OF_DOCUMENT_TOKEN_TO_BE_REPLACED

POWELL OUT OF CHERRIES GAME

Former WiganAtheltic attacker Nick Powell has been ruled out of the English Championship clash between Stoke City and Bournemouth this weekend.

Powell was ruled out of the game by Stoke City boss Michael O’Neill during his pre-match presser ahead of theBournemouth clash at the Vitality Stadium. The former Wigan Athletic player has been ruled out of the game as a result of a groin injury meaning that he has played his last game for Stoke City this season.
END_OF_DOCUMENT_TOKEN_TO_BE_REPLACED

Former Liverpool youngster, George Johnston, who is currently on loan at Wigan Athletic is currently attracting a lot of interest from League One outfits Portsmouth and Ipswich Town who both want to snap up the young player ahead of the upcoming season. Football Insider, the source of the report, also added that Wigan would be more than willing to keep hold of the player who has won the hearts of the fan and everyone at the club since sealing his loan move there.

The 22-year-old decided that it was only a good decision for him to leave his parent club, Dutch heavyweights Feyenoord and seal a move to Wigan in a bid to get more game time and focus on taking up more games as he looks to rediscover his form.
END_OF_DOCUMENT_TOKEN_TO_BE_REPLACED

Peterborough secured a 2-1 win over Wigan Athletic thanks to two late goals from striker Johnson Clarke-Harris. The win made it a sixth on the bounce for Peterborough who extended their lead at the top of the League One table. Aasgaard was the scorer for Wigan who opened the scoring after 72 minutes of football and wasted chances.

Wigan always knocked at the Peterborough door and kept looking for a breakthrough as they searched for the opening goal. They spurred a lot of chances but finally broke the deadlock through Aasgaard in the 72nd minute after the striker latched the ball into the back of the net following a brilliant team move by the visitors.
END_OF_DOCUMENT_TOKEN_TO_BE_REPLACED